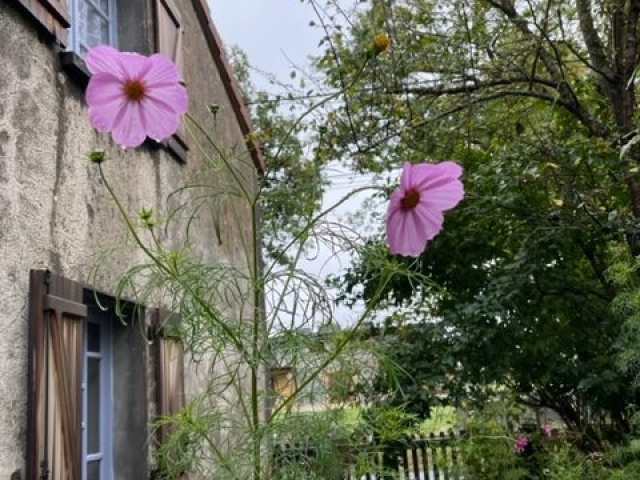 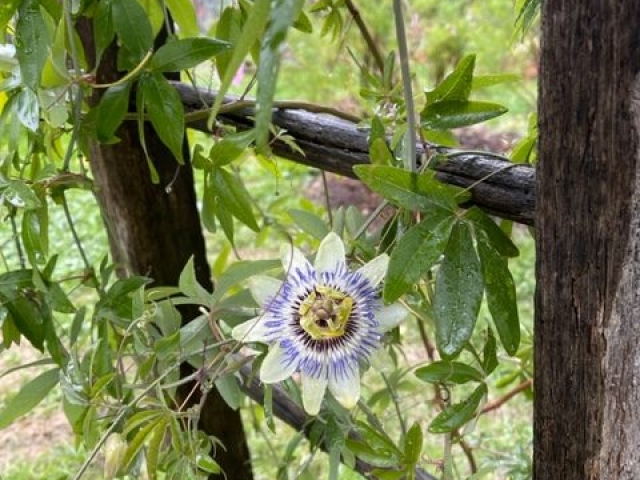 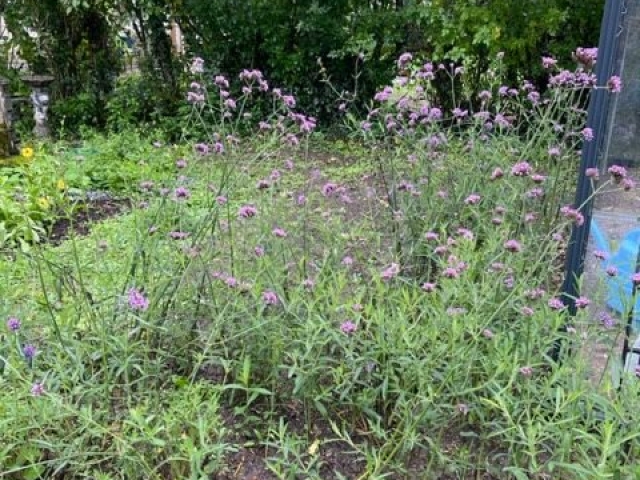 Yesterday afternoon we went to a pancake party. In our honor, to welcome us to the gorgeous compound on Regis, in Monflanquin. Hosted by the lovely Eve (as in ever) and Bruno, her larger than life husband of one year. He has been in 2 plane crashes in Africa and survived his heart stopping. He reminds me of my friends in America, Jennifer and Barnett. At some point, you decide that it is better to go through these things with someone, rather than alone. Along came Eve…at his age of 68.

To be fair to all who live on the compound, we have been welcomed each day with small gifts at the door (clothes pins someone heard me mention we needed, pastry, more wine and cheese than I, or my waistline, care to admit).

A pancake party is of course, a crepe party. Eve made a stack of paper thin crepes and put out several jams, syrups, sugar, and my new favorite british word – Marmalade. I had 2 drizzled with lemon juice and sugar and syrup, and one featuring a local marmalade of all kinds of fruit pastes and nut pastes, and orange peel and…..raisins.

I wanted to love that one as much as the first, but it is a universal fact that raisins are in the top 5 things of what I dislike most. Animal cruelty and neglect of the elderly are in there too.

We started with a sparkling rosé, and moved to a lovely rouge. Glasses get filled when you aren’t looking, and everyone is jolly, jolly, jolly.

Eve showed me the little pond when many frogs live, which warmed my heart and made me think of my mom. A frog or a toady type amphibian is my mother’s spirit animal, for me. She showed me all of the gardens where I can walk with Sable, and  talked about what she does in Belgium for work…..not a kinesiologist, not a physiotherapist, not a radiologist, but the one where people are crazy! A psychologist! She is not fluent in English, and I am a disaster in French. But, where there is a will, a kind heart, and pancakes, we can all find the way.

The real star of the show was little Anatole. I am not a chihuahua fan, but if I could steal this minion of a soldier and get away with it, I would. A rescue, who thinks he is the size of an elephant. Several times he sent Sable scuttling away with her tail between her legs, but I know they will work it out. Because they too, ate some pancakes.

P.S. I am still wrangling with no internet, learning how to edit pictures, load pictures, et all…..we have found a wonderful internet cafe, and trying to support local business, we come each day for close to 2 hours and work(this blog is my job)and drink lovely coffee type drinks. A true work in progress.

11 thoughts on “The Pancake Party”